The Latent Environmental and Genetic InTeraction model (LEGIT) is a model for constructing latent features inside a regression model with interactions. It all started with me wanting to be able to include multiple genes in a 3-way interaction Gene x Environment x Environment model (GxExE) rather than having to run a GxExE for each individual gene and environment. What this approach does is create latent features (let say G and E) and each feature is a weighted sum of variables (G = p1*g1 + p2*g2+ … + pk*gk and E= q1*e1 + q2*e2 + … + ql*el). Then, the latent features are interacted together however you like (Y = b0 + b1*G + b2*E + b3*G*E). All parameters inside the latent features are forced to sum to 1 (in absolute values) therefore they represent relative contributions which are very easy to interpret (ex: +20% DRD2, +40% DRD4, -40% COMT; +20% prenatal depression, +80% postnatal depression).

This is what a 2-way model with 2 latent variables looks like: 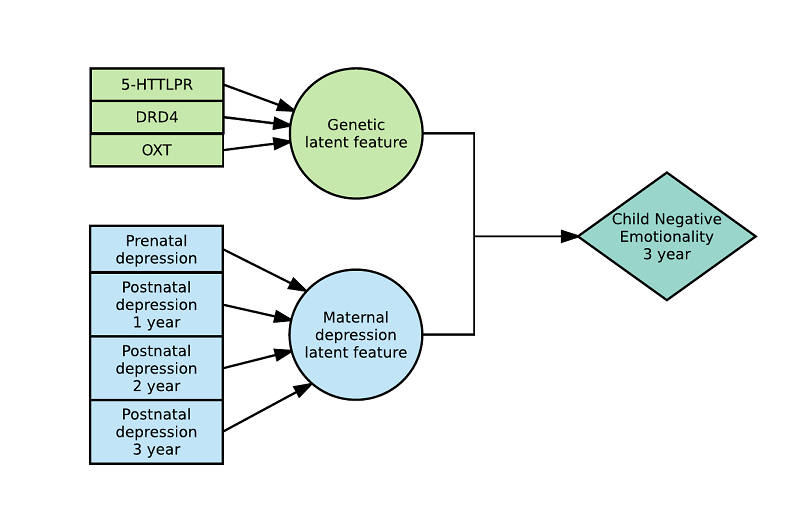 This is what a 3-way model with 3 latent variables looks like: 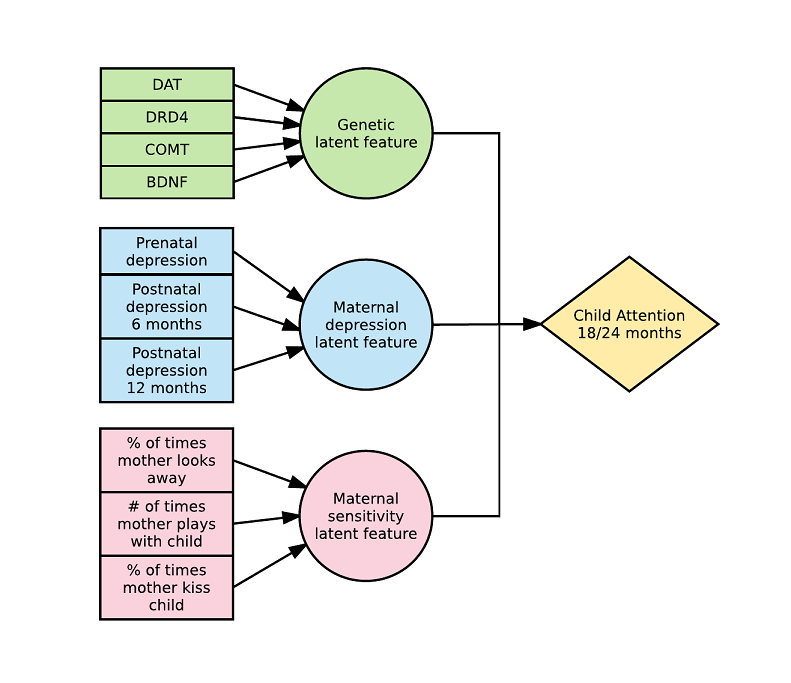 Of course, one could use variable selection techniques (Lasso, elastic-net, etc.) to prevent having to estimate so many parameters in the first place but doing so would mean assuming that most effects are zero (which might not be true as gene effects tend to be small). This would inevitably leads to the retention of only a few strong effects while small effects or strong, but very correlated, effects would be dropped. The resulting model would likely be hard to interpret and hard to replicate in other samples. On the other hand, LEGIT is easy interpret and has a stable structure due to multiple elements contributing to each latent feature.

P.S. LEGIT is a silly name, but it is indeed LEGIT!